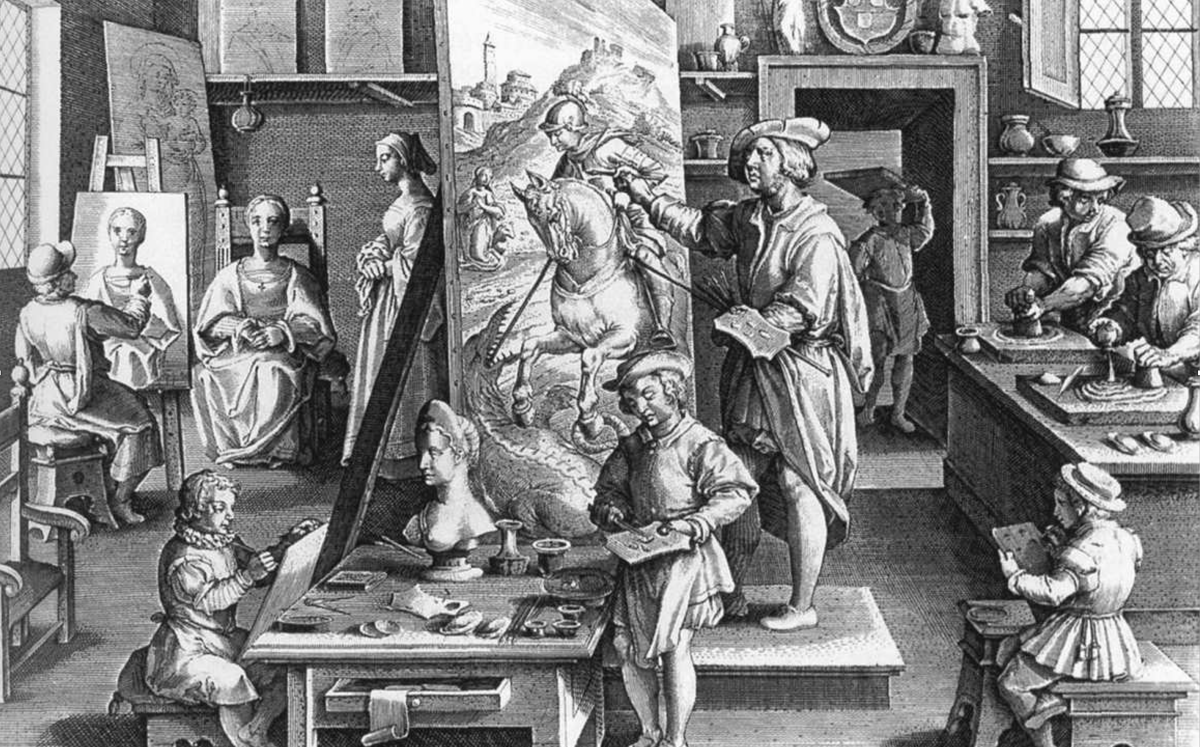 The Workshop of Science

I like to spend my moments of leisure practicing drawing. During my non-leisure hours, I’m a cognitive scientist in training, so my job is to think about thinking. Among the myriad questions about the human mind one could pursue, what I choose to think about is, well, drawing! Pursuing this particular line of research has taught me a lot about the human mind, but I’ve also picked up some insights into the process of learning-to-science, if you will. And those moments of practicing putting pencil to sketchpad often give me a perspective on my scientific program that I deeply value during brainstorming sessions with collaborators in the lab. Here are some notes on how I have come to value the unique meeting place of the process of science and the practice of art-making.

Any good science begins with questions about the world, and here are some that I specifically focus on: What does the way we visually communicate ideas to others tell us about how thought is structured? How can learning to communicate through a language of pencil marks, brush strokes, or molded clay shape the structure of thought?

These aren’t easy questions to answer and often the right path to take to even begin answering them isn’t quite so obvious. But that’s partly the thrill of science. Venturing into the dark, vast unknown with some guiding questions and methods to begin to light the way. I’ve already mentioned what the guiding questions are for me, and as for the tools, they range from my running behavioral experiments with people in the lab or online through crowdsourcing mediums, to building mathematical models that approximate the algorithms of thought, to looking at photographs of the brain to see what aspects of the world are exciting to it. Deft application of these tools takes time to master and serious thought regarding how and when they should be used. I often like to think of an early graduate student (such as myself) as a novice craftsman in the workshop, whose uncalloused hands haven’t quite acclimated to the use of the heavy yet intricate equipment available to them. Much like how the craftsman uses tools that have been perfected over generations by those who came before them, the modern scientist stands on the shoulders of giants with methods and techniques devised over the past few centuries at their disposal. The wisdom to sift through them and find the perfect one for their task and apply it in the right way is something that determines the grade of one’s craft.

The novice’s first attempts at making something are a little unsatisfying — the parts don’t quite align, there are loose splinters here and there, and the look of the finished product betrays the inexperience of the hands behind it. But with some mentorship and time, one gets as comfortable using the tools as, well, a craftsman! Designing experiments, analyzing the data from these experiments, and building and testing models are all such crafts that we strive to master during our graduate training.

I find this graduate school-as workshop metaphor helpful during the moments when things break, things don’t line up, and uncertainty sets in. Science isn’t always a pristine, white lab coat in a sterile lab. Sometimes it’s the uncertain craftsman trusting the process, and doing their due diligence to see the project to its completion. But science does have to pass certain quality checks after all, so how is the rookie supposed to both learn on the job yet produce something that passes muster? To stretch this metaphor a bit at the seams, in the traditional guild system in Renaissance Italy, the system of apprenticeship had early apprentices help the guild-master with their projects for a few years before they could begin projects of their own. This guild-master served not only as their mentor but also as an employer and provided an artistic haven for the novice as they perfected their craft. The modern early scientist also benefits greatly from such systems of mentorship in their labs. I myself have benefitted from many a mentor in my own workshopping of scientific ideas already. Some gave me the early tools to first cut my teeth on, while others gave me nascent projects for me to piece together by myself. As much as it is the duty of the young apprentice to find their place in the greater arena of science, it is to these teachers we often turn to help us diversify our toolkit, to broaden our ideas of what our craft is, and to receive words of encouragement during times of difficulty.

My time in the workshop has been brief, but the wood chippings from ongoing projects serve to remind me that I’ve been here long enough that I can no longer cling to excuses of being unaware of the rules of the trade. My interest in drawing began as just that, a sense of curiosity regarding how people learn to skillfully represent what they see through contours on paper. But drawing itself is a part of a process that is incredibly fascinating and is rife for scientific inquiry — abstraction. How do we pare away all the visual detail from the world around us such that only a few strokes on a paper are communicatively effective? How can a set of ideas be conveyed through a simple set of colors? How do we teach artificial systems to do these things like we do? I work every day to better mold that curiosity into a legitimate research program, and these questions are central to that effort as I try to carve out my corner in the workshop. But I have also been taught to read widely and deeply, to find questions in corners where science is not often the common parlance. It is in my moments of leisurely drawing when I chip my pencil nib that I pause and reflect on the process of I’m engaged in, and I think of how my strokes have been refined through a coordination of vision and action over years of iteration. There is no profundity to these thoughts, yet in these moments I feel the validity of my science. 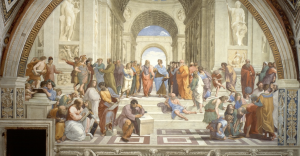 I often find it difficult to really communicate the essence of being a cognitive psychologist in the 21st century to friends and colleagues outside the field. Some have pointed out, and I greatly agree, that the growing practice of rigorous mathematical modeling and strong focus on empiricism have provided us with a lingua franca to speak across aisles to physicists, biologists, mathematicians, statisticians, and computer scientists, while a deep commitment to understanding how people act and learn while being situated in an intractably complex world makes it so that we’re never at a loss for words over dinner with economists, sociologists, and anthropologists. So, what are we really? Well, what were apprentices in the courts in Urbino in the 16th century? Painters? Architects? Sculptors? Poets? Inventors? Yes! Much as the title artist serves to define these apprentices succinctly, the title of cognitive scientist serves to best describe someone whose science is necessarily an exciting melting pot of ideas from these many disciples. And while the masters of the Renaissance were revered for their art-making, much of the painful behind-the-scenes mastery is often overlooked — the hauling of the perfect blocks of stone from the quarry, the precise mixing of plaster for the right consistency of buon fresco, and the time spent developing new architectural techniques to support the loftiness of their artistic visions (and domes!). Similarly, behind the science lies layers of scaffolding — building experiments using web frameworks, learning new mathematics to support your modeling goals, traveling to far-off places to get data from specific populations of people, and working with tiny humans and relatives-of-humans are just some of the many fun things we get to do learn as we pursue our scientific answers. It is truly a privilege to get to play in the workshop of science.